Given the likelihood that the policies espoused by Donald Trump in areas like foreign policy, the economy, immigration, health care, the environment will have dramatic effects on our nation and the world, it may seem inconsequential by comparison to focus on how the incoming Trump administration might affect New York City’s food system. But it is important for food policy advocates to strategize about how to respond to a new political context that, without strong advocacy, is likely to stymie or roll back efforts to reduce hunger and food insecurity, improve nutrition and health, reduce health disparities, and ensure that our food system is fair, healthy, and sustainable.

The Republican platform calls for disconnecting SNAP from the Farm Bill. Since the origin of food stamps, the decision to include the program in the farm bill was a strategy to ensure support from legislators representing rural states in exchange for urban legislators supporting various farm subsidies. Removing SNAP will diminish political support and make it easier for lawmakers like House Majority Leader Paul Ryan, who has called for cutting SNAP by $23 billion,[1] to gut the program. Preventing such draconian cuts should be a policy priority.  Proposals to turn SNAP from an entitlement program that adjusts to economic need to a block grant program would result in ongoing political battles about providing sufficient funds.

Fear of entanglement with immigration officials deters many immigrants from applying for federal food benefits like SNAP. The anti-immigration rhetoric of the Trump campaign, and likely efforts to deport millions of immigrants, will further hamper efforts to get immigrants needed benefits that they qualify for and deserve. While recent commitments by the mayors of New York and Los Angeles to protect immigrants notwithstanding federal policies may quell some fears, the effects on SNAP use are likely to be significant, resulting in increased hunger, food insecurity, and malnourishment among immigrant communities. Devising efforts to reach out to immigrant communities, through religious institutions and other community-based organizations, will be critical to ensure their health and wellbeing.

Improving the nutritional quality of school food was a signature effort by the First Lady and Obama administration. The Trump administration is likely to try to roll back school food nutrition standards that limit fat, sugar, and sodium content. It is worrisome that Sid Miller, former Agriculture Commissioner of Texas, is on the short list for USDA Secretary, as he gained notoriety for repealing a state ban on deep fryers and soda machines in Texas schools.[2] Keeping those standards intact should be a priority of those working on school food issues.

Pressure by the Obama administration on the food industry has been successful at getting the food industry to reduce sodium and added sugars. This has made it easier for cities like New York to exert additional pressure on food manufacturers to formulate healthier food and has created a market for healthier food that the city can procure for its feeding programs. Whether the incoming administration tries to roll back food standards and other measures like calorie labeling is uncertain, but it is unlikely that industry will face pressure to produce healthier products. Increased advocacy by public health and medical professionals and direct pressure on food manufacturers will be essential.

Repealing most of the Affordable Care Act (ACA) and cutting Medicaid and Medicare will result in the loss of basic health care for many New Yorkers. Without insurance, fewer New Yorkers will be identified as overweight or obese and thus will not get counseling to improve their nutrition. Fewer people will be treated for diet-related non-communicable diseases like diabetes and heart disease, resulting in increased morbidity and mortality. These impacts will fall most heavily on communities of color that already suffer from rates of diet-related diseases that are higher than White communities. Food advocates must become ACA advocates.

An existential threat of Trump’s election is his denial of climate change, his pledge to withdraw support from climate change initiatives, and his plan to intensify fossil fuel production. Trump has appointed Myron Ebell, a climate denier who leads the Center for Energy and Environment at the conservative Competitive Enterprise Institute to lead the EPA transition.[3] The adverse effects of climate change on regional food systems, from changing pest populations to more erratic precipitation and changes in temperatures, is well established.[4] A failure to mitigate greenhouse gas emissions will also directly threaten coastal cities like New York. Anyone who lived through Hurricane Sandy knows firsthand the vulnerability of our food infrastructure, from flooding at the Hunts Point market to damage to food retail in low-income neighborhoods. In fact, New York City just completed a study of food infrastructure vulnerabilities, and will already need to spend billions to enable the food system to withstand storms and floods that will happen with increasing frequency as a result of climate change. Without curtailing emissions, these impacts will be much larger, putting the New York City food system at an even greater risk. Food advocates must forge stronger alliances with environmental advocates working to keep political pressure on the Administration to address greenhouse gas emissions.

USDA programs to support small and mid-size farmers will likely be cut back, as will funds for infrastructure to support regional food systems. This will make it more expensive for cities like New York to source regional produce for municipal feeding programs and to sustain rural agricultural economies in its watershed. An additional threat will come from efforts to roll back regulations on hydraulic fracturing (“fracking”) and other forms of domestic gas and oil extraction that will threaten agricultural regions. Currently, fracking is not permitted in New York State,[5] but New York City depends on a larger foodshed that includes agricultural areas that may be polluted as a result of incr 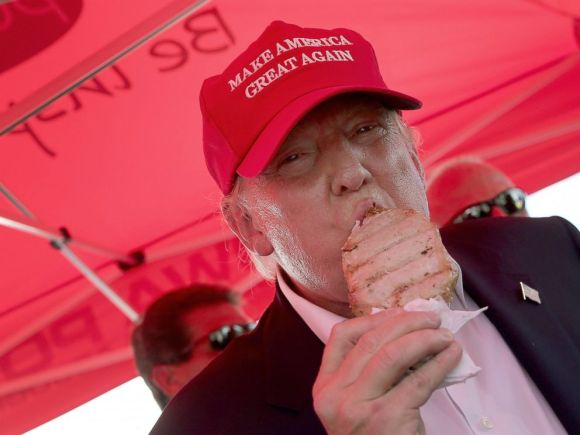 Urban Food Policy explores the efforts of city officials, activists, businesses, and ordinary individuals to reform, restructure, and in some cases radically transform the food system. It presents innovative strategies, policies, and programs to create resilient, equitable, healthy and sustainable food systems, focusing on work at the neighborhood, city, and metropolitan scale.